Posted on July 7, 2014 by Craig Wieczorkiewicz 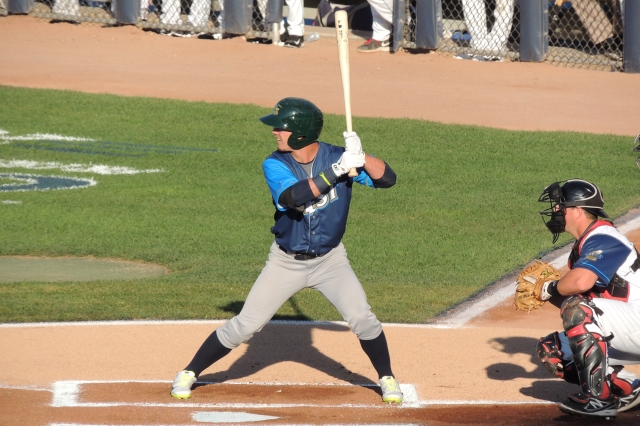 Oakland Athletics OF prospect Herschel “Boog” Powell, who played the first half of this season with the Beloit Snappers, was suspended 50 games Monday for using a banned substance (an amphetamine).

Powell batted .335 with 3 HR, 17 RBI and 16 SB in 69 games with the Snappers. He led the Midwest League in batting average at the time of his promotion to the High-A Stockton Ports. He was named the “Star of Stars” (MVP) of this year’s Midwest League All-Star Game.

Powell is not related to Baltimore Orioles great Boog Powell, who played with the 1960 Fox Cities Foxes of the Illinois-Indiana-Iowa (Three-I) League. He batted .312 with 13 HR and 100 RBI in 136 games with the Foxes.

The Fox Cities Foxes joined the Midwest League in 1962 as the Appleton Foxes. That team is now the Wisconsin Timber Rattlers.