Posted on July 3, 2014 by Craig Wieczorkiewicz 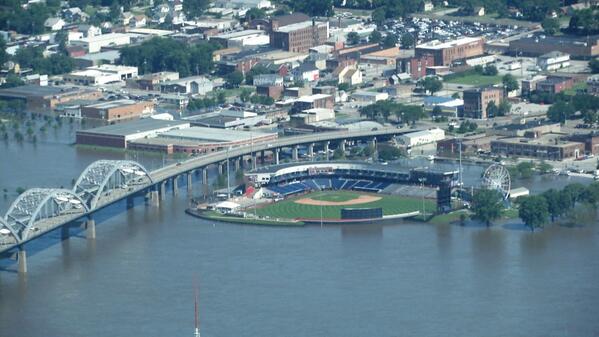 Recent heavy rains throughout the Midwest have caused the Mississippi River to flood significantly. Modern Woodmen Park, home of the Quad Cities River Bandits, is completely surrounded by the river, as seen in the photo above.

The ballpark is located along the banks of the Mississippi, so this sort of flooding happens around it from time to time. Flooding of this level last happened in April 2013, which you can see photos of here.

The April 2013 flood caused installation of the new Ferris wheel behind Modern Woodmen Park to be delayed until earlier this year. The Ferris wheel, which opened to the public in May, is on top of a raised hill, so it is not affected by the flood. In fact, the River Bandits are offering half-priced rides during this weekend’s games.

People can gain entry to Modern Woodmen Park via a temporary bridge that was erected over the flooded area, as seen in this photo tweeted by Steve Batterson of the Quad-City Times: 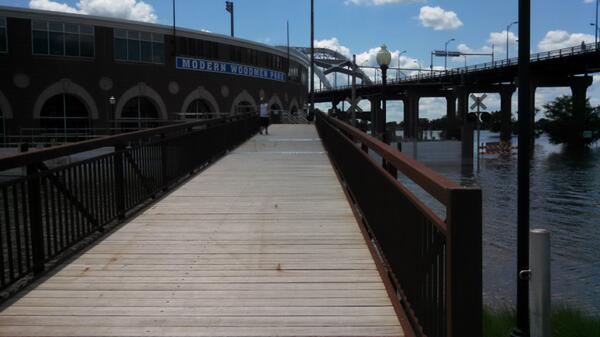 Here is a photo of a city crew lowering the bridge into place on Tuesday: 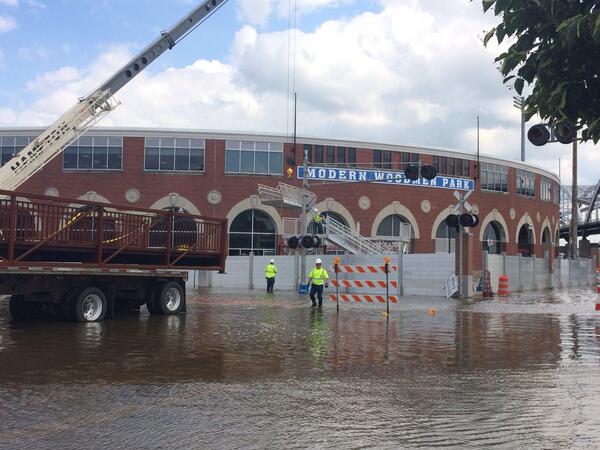 The river is expected to crest tonight at 20.8 feet, the Quad-City Times reported. The record crest in Davenport is 22.63 feet, which happened July 9, 1993. That was before a full-scale renovation to Modern Woodmen Park — then known as John O’Donnell Stadium — that included construction of a berm encircling the outfield to protect the ballpark from flood damage.

Before the stadium’s 2004 renovation, a major flood meant no baseball would be played at the park. It completely flooded in 1993, as you can see in this photo from the Quad-City Times: 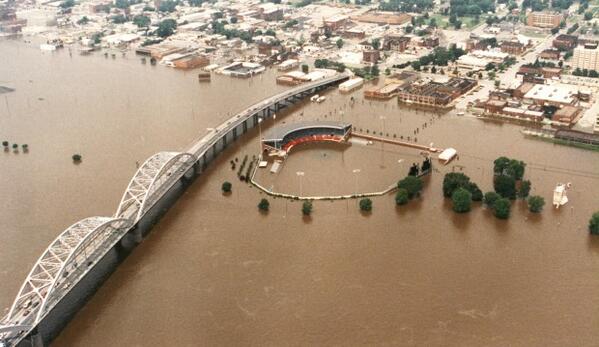 The ballpark also completely flooded in 1965, when it was known as Municipal Stadium. (It was renamed John O’Donnell Stadium six years later.) 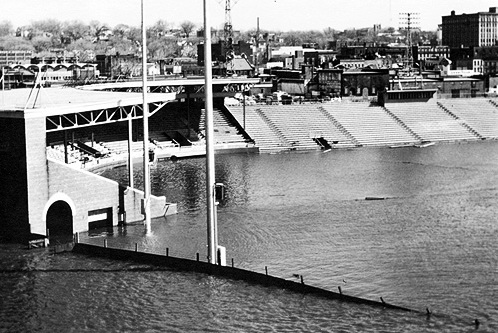 Photo from the Quad-City Times archives

I’m planning to go to Saturday’s game at Modern Woodmen Park, so expect to see more flood photos after my visit there. Also, check out more flood photos from around the ballpark and downtown Davenport on the Quad-City Times website.