Posted on June 25, 2014 by Craig Wieczorkiewicz 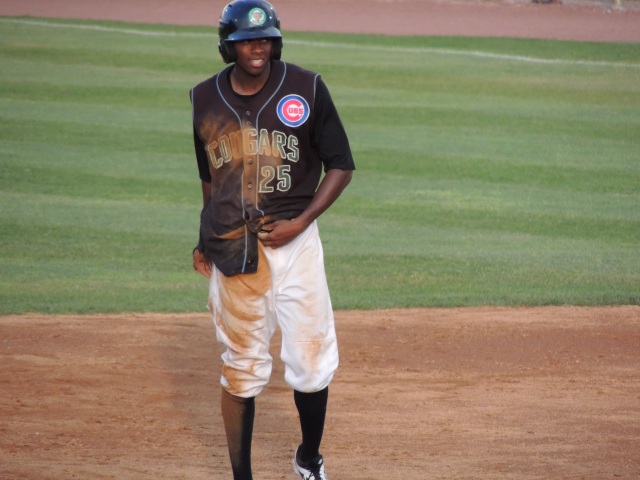 Trey Martin’s uniform got a bit dirty as he stole five bases Tuesday.

In addition to the five stolen bases, Martin went 2-for-3 with a walk and a fielder’s choice. He scored once, on a triple by CF Jake Hannemann in the bottom of the 7th inning.

That RBI triple was part of Hannemann’s 3-for-4 performance that included two RBI, two stolen bases, two runs scored, and a walk. 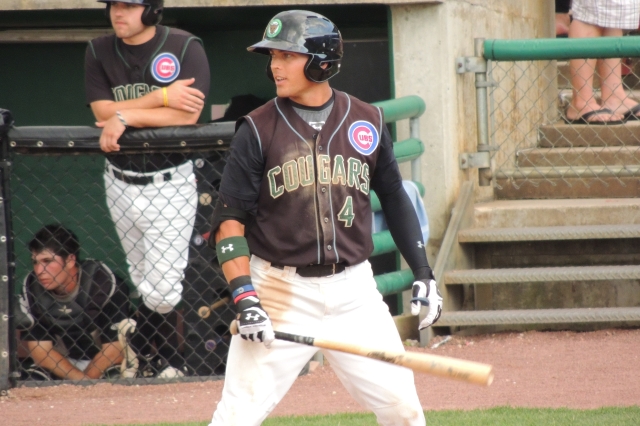 Every player in Kane County’s starting lineup had at least one hit. They struck early and often against Timber Rattlers SP Preston Gainey, plating two runs in the 1st and four runs in the 3rd. Gainey lasted only three innings, giving up six runs on seven hits, three walks and a wild pitch. 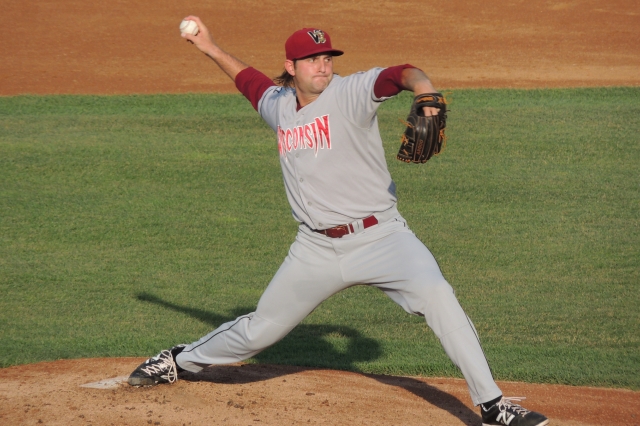 Cougars SP Paul Blackburn didn’t have his best outing, but it was good enough to get him his sixth win of the season. He gave up three runs on five hits, four walks and two wild pitches in five innings. 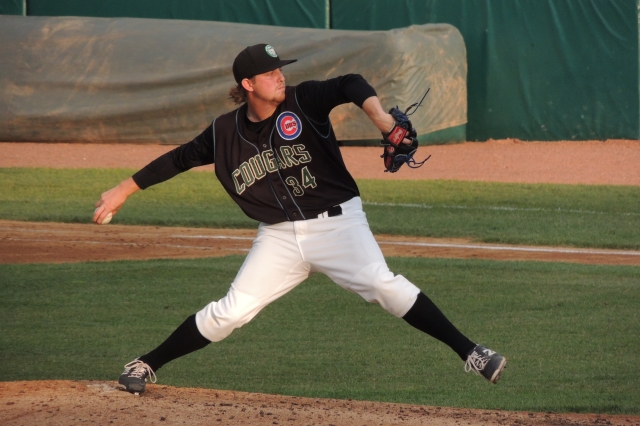 Timber Rattlers LF Omar Garcia went 3-for-5 and stole a base. Timber Rattlers CF Johnny Davis went 0-for-4 but walked once, stole two bases, and scored a run. 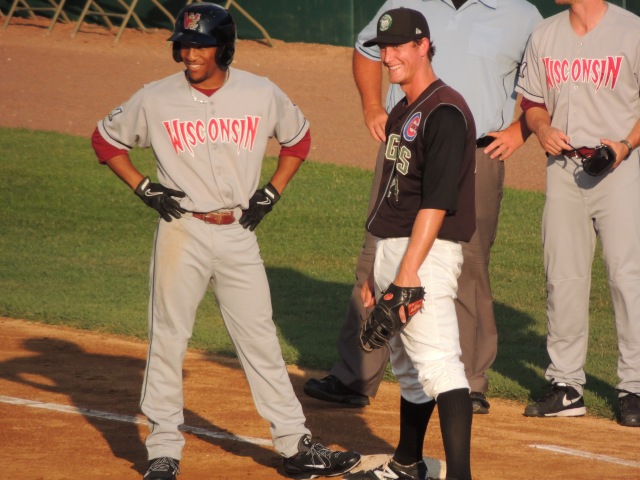 There were 10 stolen bases in the game.

The first 1,500 fans through the gates received a Dan Vogelbach bobblehead; the Chicago Cubs prospect was Kane County’s first baseman for most of the 2013 season.

After the game, current Cougars 1B Jacob Rogers signed autographs. He went 2-for-5 Tuesday and is the reigning Midwest League offensive player of the week. 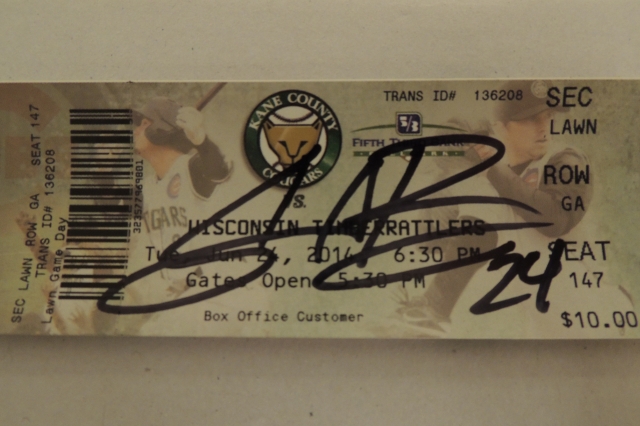 My ticket stub, autographed by Cougars 1B Jacob Rogers.