Posted on May 2, 2014 by Craig Wieczorkiewicz

Aroldis Chapman pitched a perfect inning during his rehab appearance with the Dayton Dragons on Thursday. (Photo courtesy of WDTN-TV)

Cincinnati Reds pitcher Aroldis Chapman made a rehab start for the Dayton Dragons on Thursday, and the fireballer brought his A-game to the ballpark.

Making his first rehab appearance since being hit in the face by a line drive during spring training, the lefty reliever reached triple digits four times during his inning of work. Because the Fifth Third Field scoreboard can show only two digits for pitch speed, Chapman’s 101 mph and 100 mph pitches were listed as “01” and “00,” respectively. A Dragons spokesman told MLB.com that no pitcher had reached triple digits there previously.

Only three Lansing Lugnuts batters got to face Chapman. The first two, D.J. Davis and Jason Leblebijian, struck out looking, and the third, Mitch Nay, was retired on a fly ball near the warning track in left field. 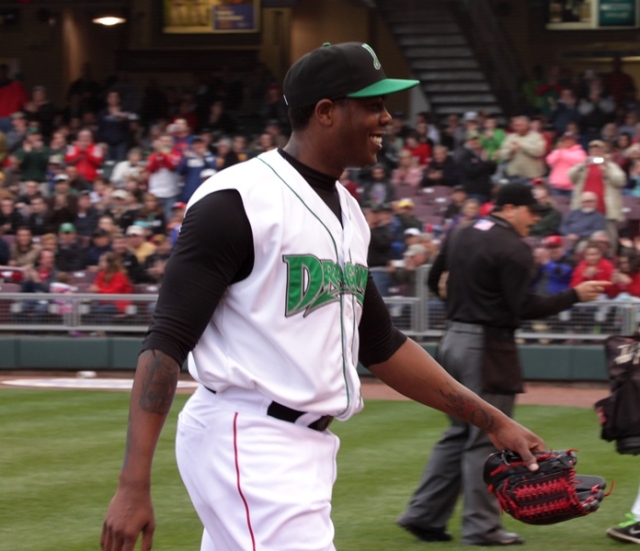 Aroldis Chapman smiles as he heads to the Dragons dugout following his inning of work Thursday.

(The above photo is from Jamie Ramsey’s “Better Off Red” blog. Check it out here to see more pictures of Chapman in Dayton.)

Chapman is expected to make two or three more rehab appearances before returning to the big-league club, but it is unknown right now whether he will pitch again for the Dragons.

Unfortunately for Dayton, Chapman was scheduled to throw only one inning Thursday. After he was removed from the game, Lansing’s bats came alive. Nay and Jorge Saez clubbed solo homers, L.B. Dantzler hit a grand slam, and Matt Dean had three hits and drove in a run. The Lugnuts won 9-6.

Barnhart batted .273 with 3 HR and 43 RBI in 97 games with the 2011 Dragons. He made only two errors in 92 games behind the plate, earning him a Rawlings MiLB Gold Glove. 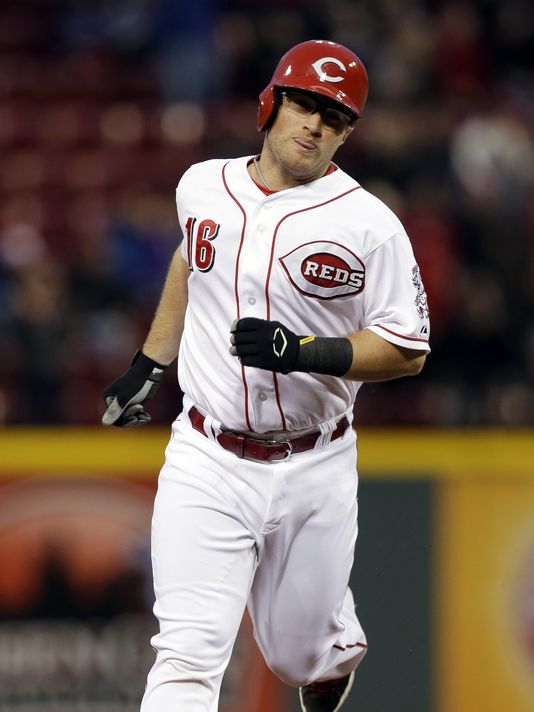