Posted on April 19, 2014 by Craig Wieczorkiewicz

There were two great pitching performances in the Midwest League on Friday, and both came from hurlers plying their trade for Michigan-based teams.

Lansing Lugnuts RHP Kendall Graveman took a no-hitter into the 9th inning against the Beloit Snappers, losing his no-no when Snappers catcher Jose Chavez reached base on an infield single with one out. Graveman then left the game, and reliever Griffin Murphy allowed one more hit before finishing the 5-0 shutout.

According to the Lugnuts, Lansing has only one no-hitter in its 19-year history, a combined nine-inning 15-0 no-hitter against the Dayton Dragons thrown by Justin Jones, Westin O’Brien and Mark Carter on April 21, 2003.

Meanwhile in Cedar Rapids, West Michigan Whitecaps RHP Buck Farmer struck out 11 Kernels in his seven innings of work. He gave up only two hits — one to the first batter he faced, and the second in his last inning — and one walk. The Whitecaps won 5-2.

The Bowling Green Hot Rods lost their 12th consecutive game, dropping Friday’s contest 7-1 to the Clinton LumberKings. It is the longest losing streak in the franchise’s history.

The Midwest League record for most consecutive games lost is 15, set by the 1958 Clinton Pirates and matched by the 1975 Cedar Rapids Giants and the 1986 Kenosha Twins.

The Midwest League record for most consecutive games won is 17, set by the 1965 Cedar Rapids Cardinals.

One day after Lugnuts CF D.J. Davis made SportsCenter’s top 10 plays — see video of his diving catch here — Wisconsin Timber Rattlers CF Johnny Davis made a pair of equally impressive catches. You can watch video of both of them here.

Speaking of Appleton baseball, Benjamin Hill of MiLB.com wrote a story this week about nine minor-league teams that offer local, team-branded beers at their ballparks. That later prompted him to share this photo from Scott Sailor: 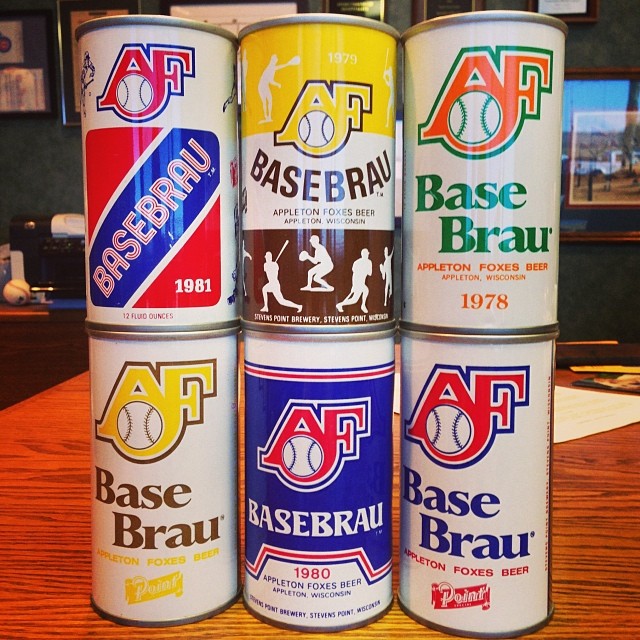 Yes, those are cans of Appleton Foxes beer that were made for the club by Stevens Point Brewery in the late 1970s and early 1980s! Very cool.

According to the article, other promotional plans for the 1978 season included building the world’s largest submarine sandwich and an appearance by comedian Rodney Dangerfield.