Posted on September 18, 2013 by Craig Wieczorkiewicz

Even though it’s the offseason for the Midwest League, I will still post league news, periodic updates about former MWL players, and other related items during this downtime. I hope your love of minor-league baseball will continue to lead you here in the months leading up to next season.

In the days since the Quad Cities River Bandits won the Midwest League championship, the biggest news involving a former Midwest Leaguer came from Japan, where Wladimir Balentien broke that country’s single-season home run record. Through today’s game (Sept. 18), he has 58 home runs and is batting .338 for the Tokyo Yakult Swallows. The previous HR record was 55, set by Sadaharu Oh in 1964 and matched by Tuffy Rhodes in 2001 and Alex Cabrera in 2002.

There is controversy over a new, livelier baseball being used in Japan this season, which has resulted in a dramatic increase in home runs. 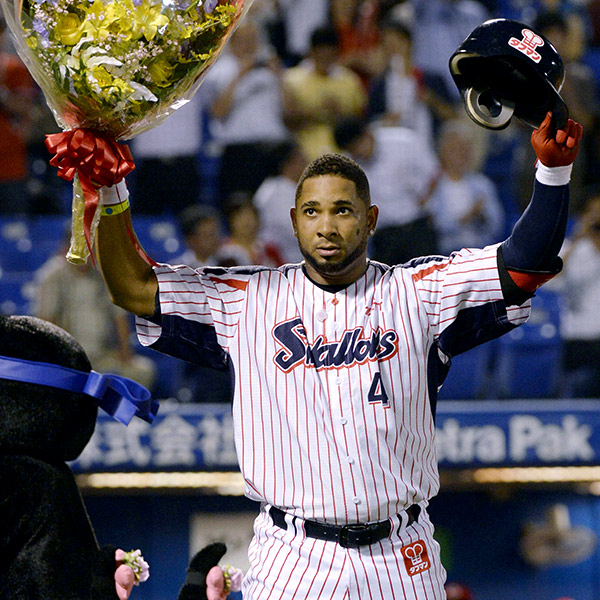 RHP Yordano Ventura, who pitched for the 2011 Kane County Cougars, made his major-league debut with the Kansas City Royals on Tuesday. He pitched 5.2 innings, giving up one run on five hits and two walks. He struck out three and got a no-decision.

Ventura went 4-6 with a 4.27 ERA and 88 strikeouts in 84.1 IP for the Cougars. The young fireballer has shown increasingly better control since then, and split time between Double-A and Triple-A this season before his promotion to the Royals. (On a side note, his Triple-A team, the Omaha Storm Chasers, won the Triple-A National Championship the same night as Ventura’s MLB debut.) 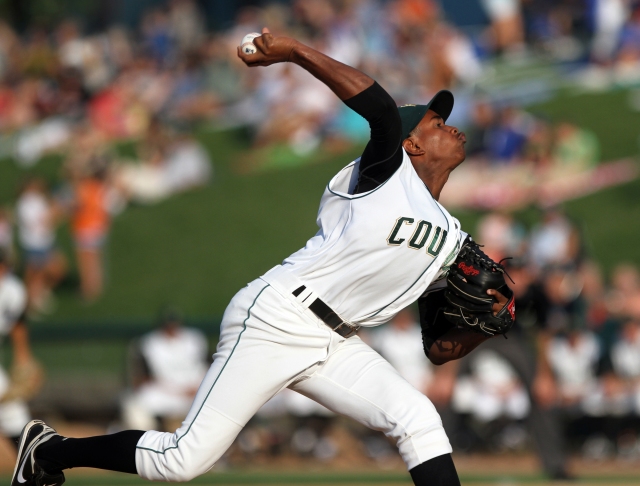 Mariners farmhand Forrest Snow, a right-handed pitcher, was suspended Tuesday for the first 50 games of the 2014 season after testing positive a second time for a drug of abuse. He most recently pitched for the Triple-A Tacoma Rainiers of the Pacific Coast League.

The South Bend Silver Hawks announced that they drew 245,471 fans to Coveleski Stadium this season, easily their best number in the past decade.