Posted on July 16, 2013 by Craig Wieczorkiewicz

To say the past two days have been memorable ones for Arizona Diamondbacks prospect Matt Davidson probably would be an understatement.

Davidson, a member of the 2010 South Bend Silver Hawks, was named MVP of the All-Star Futures Game on Sunday after hitting a two-run homer to give the USA Team a 4-2 win over the World Team. He hit the home run off losing pitcher Michael Ynoa, an Oakland A’s prospect who went 2-1 with a 2.14 ERA and 48 strikeouts in 54.2 IP (15 starts) for the Beloit Snappers this year. 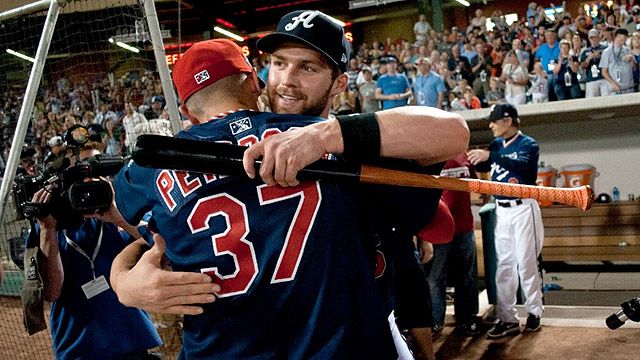 Davidson, currently a third baseman for the Reno Aces, batted .289 with 16 HR and 79 RBI in 113 games with the 2010 South Bend Silver Hawks. Among his teammates that year was Bobby Borchering, who went 3-for-4 with two doubles and 3 RBI for the River Bandits on Sunday. (You can read my account of that game, which featured highly-touted Houston Astros prospect Mark Appel’s Midwest League debut, and see photos of Borchering and others in this post.)

Guerrieri is scheduled to be examined by doctors today to determine the extent of his latest injury. He is 6-2 with a 2.01 ERA and 51 strikeouts in 67 IP this season. 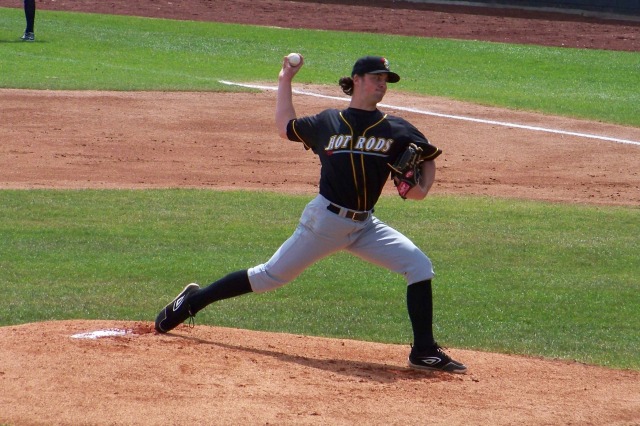 An official announcement hasn’t been made as of when I’m writing this, but Cincinnati Reds prospect Robert Stephenson tweeted Monday night that he has been promoted from the Dayton Dragons to the High-A Bakersfield Blaze. The fastballer is 5-3 with a 2.57 ERA and 96 strikeouts in 77 IP this season.

In other baseball promotion news broken on Twitter last night, the Miami Marlins apparently have promoted LHP Justin Nicolino from High-A to Double-A. Nicolino was part of a highly-touted Lansing Lugnuts pitching rotation last year, going 10-4 with a 2.46 ERA, 119 strikeouts and 21 walks in 124.1 IP. He briefly pitched for the Lugnuts at the end of the 2011 season, too. 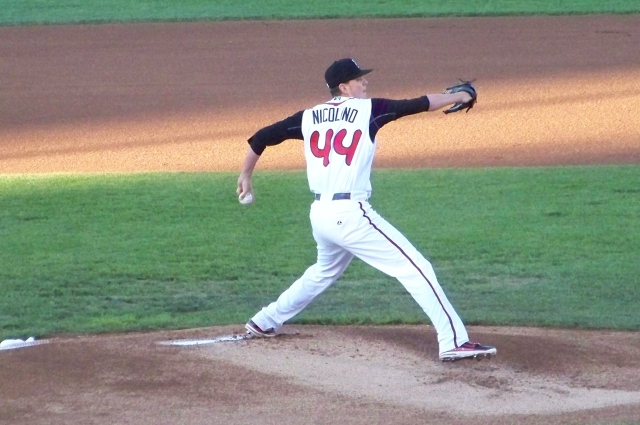 Other notable former Midwest Leaguers who were recently promoted include Cleveland Indians SS prospect Francisco Lindor and Kansas City Royals pitching prospect Kyle Zimmer, both of whom move from High-A to Double-A.