Posted on August 22, 2012 by Craig Wieczorkiewicz 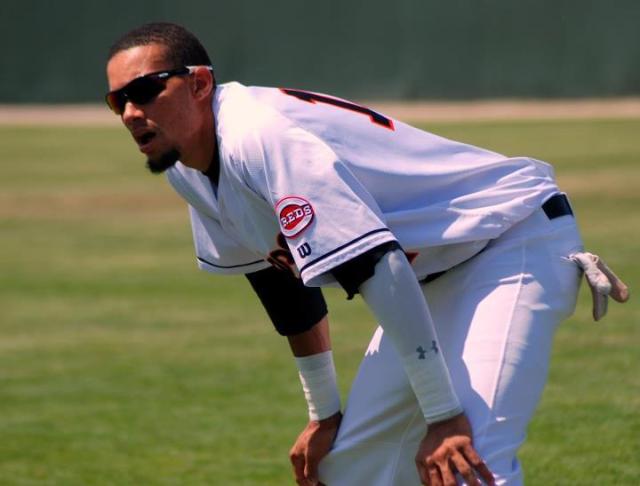 Take a breath and take it all in, Billy. You’re baseball’s new king of thieves. (Photo courtesy of the Bakersfield Blaze)

Cincinnati Reds prospect Billy Hamilton set a new record for stolen bases in a single season by swiping four bags Tuesday, giving him 147 for the year.

The previous record was held by Vince Coleman, who stole 145 bases for the Macon Redbirds in 1983. The major-league record of 130 stolen bases was achieved by Rickey Henderson with the Oakland A’s one year earlier, in 1982. Hamilton broke Coleman’s record 20 years to the day after Coleman and Donnell Nixon broke Henderson’s single-season stolen base record with their 131st stolen bases of the 1983 season.

Hamilton stole his first 104 bases this season for the Bakersfield Blaze, the Reds’ High-A affiliate, before being promoted to the Double-A Pensacola Blue Wahoos. The Blue Wahoos have 12 more games to play this season.