Posted on April 6, 2012 by Craig Wieczorkiewicz

Wood set the pace for the game with 10 strikeouts in five innings, and Cowart led the offense with a 4-for-5 performance that included a double, a triple and two RBI. The Kernels won the game 7-2.

Conversely, Timber Rattlers starting pitcher Matt Miller seemed rattled, especially whenever somebody reached base. He threw to first base a lot, yet the Kernels were able to steal three bases against him during his four innings of work. Miller struck out seven batters but gave up six hits, four earned runs and three walks. 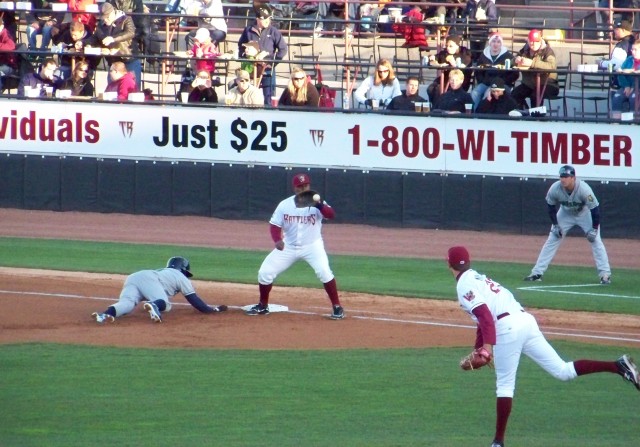 Tonight I’ll be at Pohlman Field to watch the Beloit Snappers take on the Peoria Chiefs.