Posted on March 22, 2012 by Craig Wieczorkiewicz 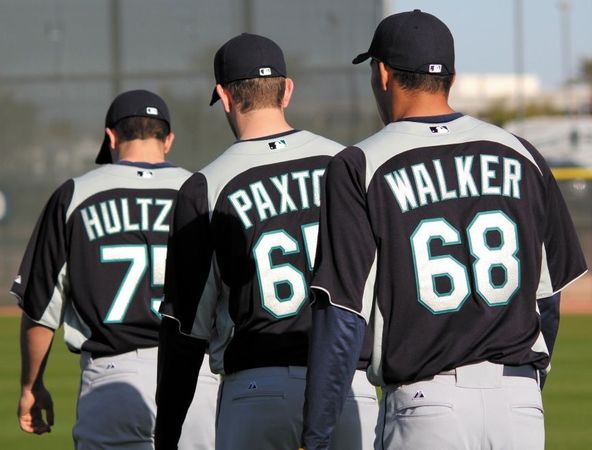 Anyone who pays close attention to the minor leagues surely knows about the Seattle Mariners’ triple threat of pitching prospects: RHP Taijuan Walker, LHP James Paxton and LHP Danny Hultzen. Two-thirds of the trio played in the Midwest League last year, and I have spring training photos of those two pitchers to share with you, courtesy of Jen Howson, a Mariners fan and amateur photographer who has been snapping a plethora of pics, some of which you can see by following her on Twitter. 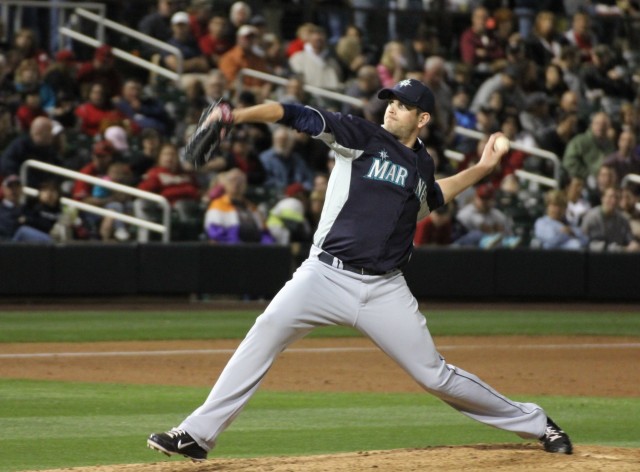 Paxton, 23, pitched in 10 games with the Clinton LumberKings last year before he was promoted midseason to the Jackson Generals of the Class AA Southern League. He went 3-3 with a 2.73 ERA and 80 strikeouts in 56 innings pitched for the LumberKings. He pitched in the Midwest League All-Star Game, striking out two batters in a scoreless inning, and also pitched in the All-Star Futures Game, retiring the highly-touted Bryce Harper during a perfect inning of work.

Click here to listen to a short interview that then-LumberKings radio broadcaster Dave Lezotte did with Paxton soon after the Midwest League All-Star Game.

Taijuan Walker delivers a pitch during a spring training game against the Arizona Diamondbacks earlier this month. (Photo courtesy of Jen Howson)

Walker, 19, is believed to have the highest ceiling of the three pitching prospects. He spent the entire 2011 season with the LumberKings, going 6-5 with a 2.89 ERA and 113 strikeouts in 96.2 innings pitched. (Click here to read about when I saw Walker pitch for the LumberKings last August. A photo of him is included.)

Mariners fans are anxious to see Walker and Paxton join ace Felix Hernandez in the big leagues soon. Incidentally, King Felix pitched in two games for the Wisconsin Timber Rattlers in 2003. He struck out 18 batters in 14 innings.