Posted on March 20, 2012 by Craig Wieczorkiewicz 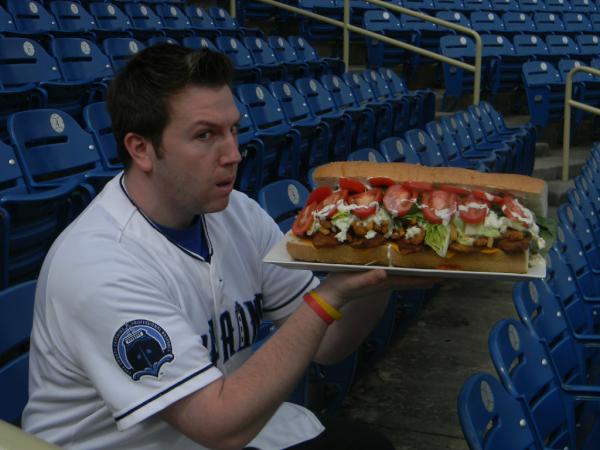 The Lake County Captains unveiled this whale of a fish sandwich today.

Once upon a time, not too long ago, the West Michigan Whitecaps seemed to have cornered the Midwest League market on oversized, indigestion-inducing food items with the Fifth Third Burger. Today, the Lake County Captains stepped into the ring by announcing the addition of the Moby Dick Fish Sandwich to their ballpark menu.

The Moby Dick features a 15-inch sesame seed hoagie roll, five quarter-pound fish filets, eight slices of cheese, six ounces of clam strips, one-third pound of French fries and one cup of cole slaw, all topped off by lots of lettuce, tomatoes, pickles and tartar sauce. The final product weighs more than three pounds and contains more than 4,000 calories and 200 grams of fat.

Naturally, the hefty addition to the menu comes with an eating challenge for those who dare to tackle it solo. Fans who eat the Moby Dick Fish Sandwich by themselves in an hour or less will get a commemorative T-shirt and their photo will be placed on the Champion Eaters bulletin board at Classic Park.

As for those who fail the challenge, they are welcome to try again another day, as often as they like. I imagine that for some people, trying to eat an entire Moby Dick Fish Sandwich in under an hour’s time will be like hunting a certain elusive white whale. 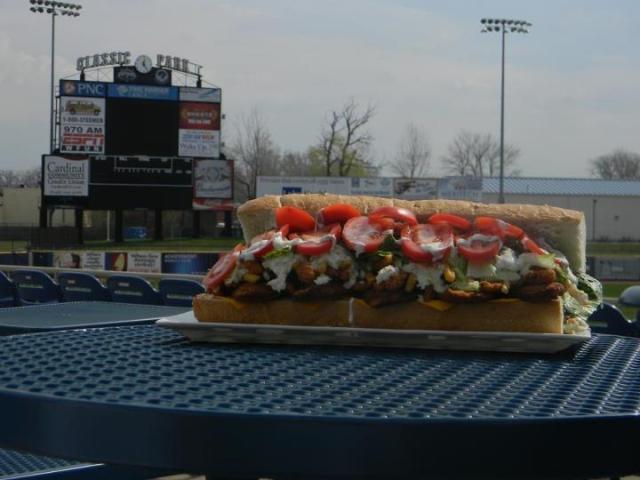