Posted on January 12, 2012 by Craig Wieczorkiewicz

As a Cubs fan, I annually look forward to attending the Cubs Caravan, a two-day, multi-community event that spans the upper half of Illinois right before the Cubs Convention. It is designed to give Cubs fans who can’t attend the convention a scaled-down (and less expensive) experience with players, coaches and front-office personnel. I covered the event twice for a newspaper and have gone twice as a fan. Tonight I’ll be attending my fifth Cubs Caravan event, at the RiverPlex in Peoria, and I’m particularly excited this time because almost every person being sent by the team played in the Midwest League.

Half the former Chiefs played for the Cubs in 2011 (OF Tony Campana, RHP Chris Carpenter and RHP Casey Coleman) and the other half are top Cubs prospects (OF Brett Jackson, 3B Josh Vitters and OF Matt Szczur). The hyperlinks attached to each of their names will take you to their minor-league player pages on baseball-reference.com, in case you want to check out their statistics from when they played for Peoria (or any other team, for that matter).

Bench coach Jamie Quirk, pitching coach Chris Bosio and first-base coach Dave McKay also will be at the event. All three men played in the major leagues; Bosio and McKay played in the Midwest League as minor-leaguers. Bosio pitched for the Beloit Brewers in 1983 and 1984 (and in one game in 1990). He went 17-6 with a 2.73 ERA and 156 strikeouts in 1984, his best season in the minors. McKay played shortstop for the Wisconsin Rapids Twins in 1971, his first year as a professional ballplayer.

Comcast SportsNet Chicago analyst Dave Otto will be the emcee of the event. He pitched for the Madison Muskies, who were affiliated with the Oakland A’s, in 1986 (and in one game in 1987). He compiled a 13-7 record with a 2.62 ERA and 127 strikeouts in 27 games in the Midwest League. His teammates included future American League Rookie of the Year Award winner Walt Weiss and Jose Canseco’s twin brother, Ozzie Canseco. (Jose Canseco played for the Muskies in 1983.) The Muskies franchise later moved from Madison to Grand Rapids, where they became known as the West Michigan Whitecaps. 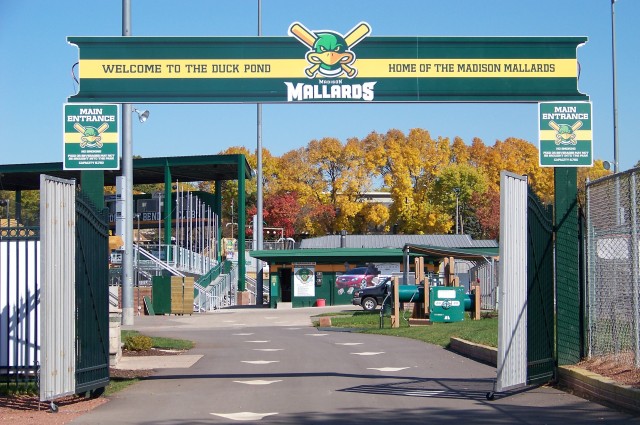 I’m looking forward to meeting as many of these former Midwest Leaguers as I can!