Posted on October 13, 2011 by Craig Wieczorkiewicz 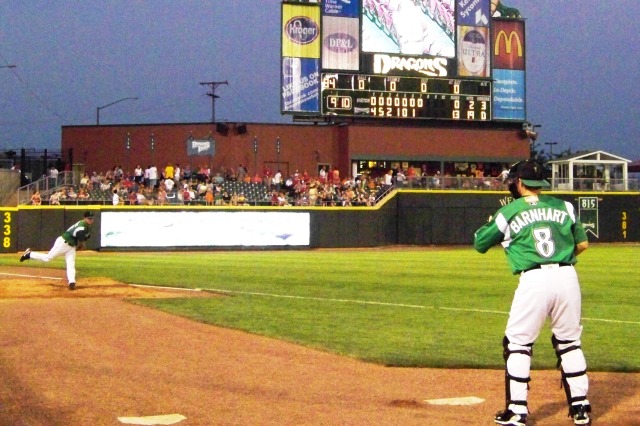 Congratulations to Dayton Dragons catcher Tucker Barnhart, who was named to this year’s Rawlings Minor League Baseball Gold Glove team. Only nine players — one per position — were selected from throughout the 10 full-season minor leagues. The Cincinnati Reds prospect was the only Midwest League player who made the cut.

In his 92 games behind the plate this year, Barnhart committed only two errors and tied for the best fielding percentage (.998) among all catchers in the minor leagues. He led the Midwest League by throwing out 47 percent of attempted base stealers — 17 percent higher than the league average.

This is the first time since the 1960s Rawlings awarded minor-league players for defensive excellence. Click here to see the complete list of winners.